Since a bacterial infection brings on Lyme disease, it makes sense that the recommended course of treatment would be antibiotics. That is often the mainstream belief followed by most veterinarians. Dogs with Lyme disease are typically treated by traditional vets with the tetracycline drug known as doxycycline. Fortunately, there’s a more natural option. Let’s look into CBD for Lyme disease in dogs.

What is Lyme Disease?

Lyme disease is a bacterial infection that can affect dogs, cats, and humans. It’s caused by the bacterium Borrelia burgdorferi, which is transmitted to people and animals through the bite of an infected blacklegged tick (Ixodes scapularis).

The most common sign of Lyme disease in dogs is lameness or joint pain, but affected dogs can also exhibit fever and lethargy. If left untreated, the disease can spread to other body systems and cause additional symptoms such as kidney failure and nervous system damage.

Lyme disease is caused by a spirochete (Borrelia burgdorferi), which is transmitted to people and animals through the bite of an infected black-legged tick (Ixodes scapularis). The ticks are also known as deer ticks because they’re often found on deer during the summer months when they’re most active.

Ticks pick up the bacteria from feeding on infected rodents or other small mammals that carry it in their bloodstreams and transmit it when they bite humans or animals for a blood meal. Ticks are less than 1/16 inch long when full grown, so it’s easy for them to go unnoticed on pets or people until they’ve been attached for a while.

The good news is that most dogs can fight off Lyme disease without treatment. But if you notice any of these symptoms in your dog, it’s important to get them checked out right away:

• Weakness in one or more limbs

• Stiffness or reluctance to move

Not a Cure, But Can Help

Although there is no known cure for canine Lyme disease, CBD offers several potential benefits. Let’s go over a few of the numerous, scientifically proven advantages of CBD for dogs.

Lyme disease causes pain and discomfort throughout your dog’s body, including swelling in their joints and muscles. Your dog will likely experience severe body aches, muscle pain, and neuropathy. CBD can help manage the pain and inflammation that comes with Lyme disease. In fact, CBD was first utilized to treat joint pain and inflammation. CBD changes how the nervous system processes pain resulting in natural pain relief.

CBD as an Antibiotic

According to research, Lyme disease and other bacterial infections may be helped by CBD and the other cannabinoids in a full-spectrum hemp extract. The potent antimicrobial properties of cannabinoids like CBD, THC, CBC, and CBG have all been demonstrated.

Cannabis not only has the potential to be a major antibiotic for canine Lyme disease but there is also evidence that it may enhance the effectiveness of other common antibiotics that are routinely used to treat the condition. 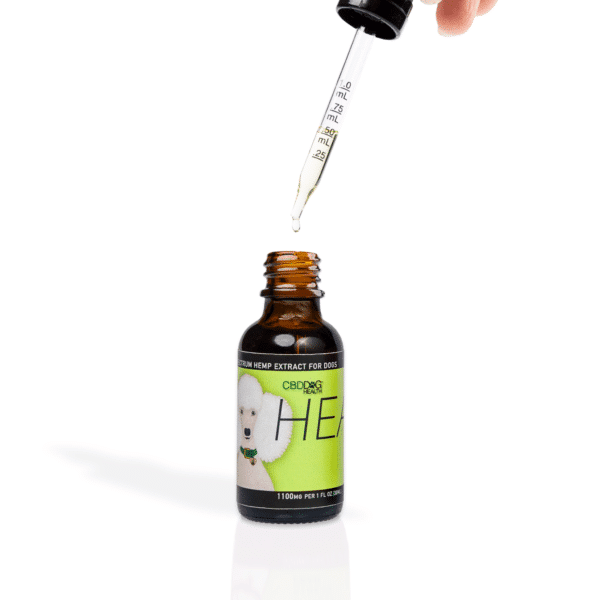 One of the key indications that a dog has Lyme disease is widespread inflammation. Although inflammation can affect the brain, muscles, and cardiovascular system, the joints are the most common location for inflammation to occur. This results in pain in the affected areas.

A full-spectrum hemp extract contains a variety of cannabinoids, several of which are renowned for their potent anti-inflammatory qualities. Because of its capacity to control our pets’ immune response and reduce inflammation, CBD for joint pain is a widely used treatment.

Reduce the Risk of Lyme Disease in Dogs

Lyme disease is a serious problem for dogs, but it’s completely preventable. You can do a few things to keep your dog safe from Lyme disease and all of the other tick-borne diseases that are out there.

Make sure your dog is on flea and tick preventative medication every month, even if you live in an area where ticks aren’t prevalent. This will help keep them safe from getting bitten by ticks as well as from getting fleas. Flea and tick medications are easy to find at most pet stores and online.

If you do find a tick on your dog, remove it quickly with tweezers—don’t use your fingers! Ticks can transmit bacteria into the bite wound and cause infection. After removing the tick, wash the area with soap and water, then apply antiseptic ointment to reduce any chance of infection.

Cannabidiol Is a Novel Modulator of Bacterial Membrane Vesicles