Many pet owners wish their dog could always be a puppy. However, just like humans, they will eventually age and slow down. While typical indicators of age are nothing to be concerned about, if your dog’s personality or behaviors alter, it could be a sign of something more severe. Canine Cognitive Dysfunction, or CCD, is an illness that can affect your dog.

Physical changes in an aged dog’s brain create canine cognitive dysfunction. The ailment will cause changes in a dog’s awareness, memory, and learning abilities, as well as changes in his behavior. Canine Cognitive Dysfunction is most similar to dementia or Alzheimer’s disease.

There are a number of signs that your dog’s cognitive function is deteriorating. Many of them, however, might be attributed to other medical disorders, therefore it’s advisable to consult your veterinarian for a proper diagnosis. 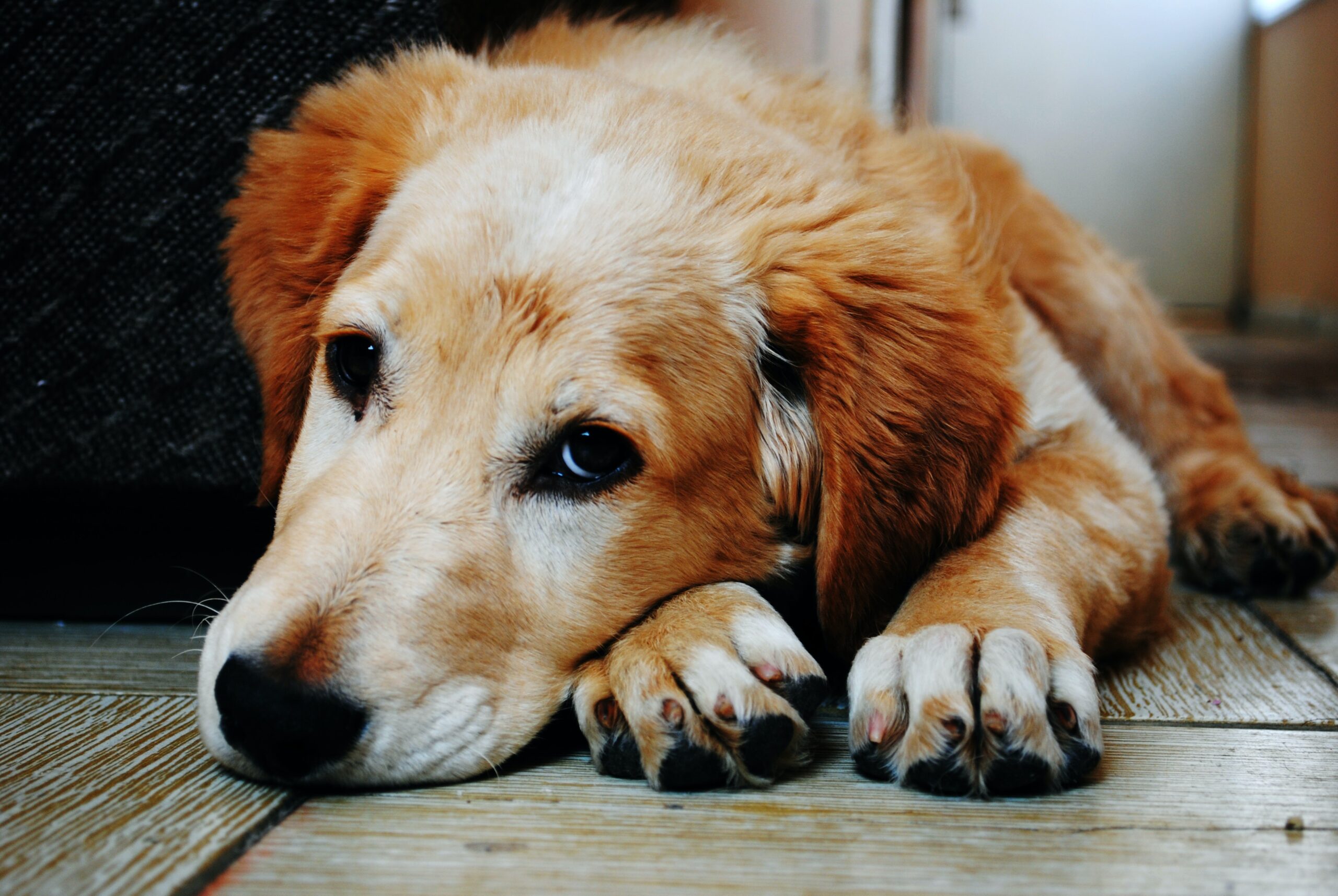 Following are some of the most prevalent dog dementia symptoms.

When a dog appears to be getting lost in corners or behind furniture and starts waiting on the wrong side of the entrance, this is one of the most typical indicators of CCD. They will stand powerless, unable to figure out what to do next. Another example is when dogs frantically pace and wander about the house for no apparent reason.

Your ordinarily affable dog may cease seeking human companionship or stop greeting family members as warmly as they once did. They may even wander away from you while being touched, which is a warning indication. Others may sleep during the day and be up and confused at night, reversing their sleep patterns. They may also simply sleep more in general.

A wide range of different illnesses is linked to a number of potential symptoms.

When a dog appears to forget to eat or has a general indifference to their food, this is a very dangerous indicator. This can be linked to a variety of other issues, but it’s a matter of concern because senior dogs don’t have a lot of reserves to live off of. If your dog isn’t eating, you should take him to the vet right away.

If your dog no longer responds to commands as well as he used to, this could be an indication of CCD. Hearing loss must be checked out before anything else in this circumstance. Hearing loss in senior dogs is extremely prevalent. If a dog has CCD, he won’t be able to process the command and act on it as quickly as he used to. When his name is called, he may become confused.

A typical indication is the loss of house training. Senior dogs with CCD may forget to go outdoors to pee, as they have done for years. It’s possible that your dog isn’t even aware that they’re leaking. In other circumstances, kids may seek out locations to go in the house on purpose, unaware that they are breaking the law. Before a behavioral problem may be suspected, a urinary tract infection or gastrointestinal condition must be ruled out.

What Causes CCD in Dogs?

While the specific etiology of CCD is unknown at this time, various hereditary factors may predispose a dog to the disease. A few other variables can induce alterations in an aging brain, resulting in a gradual loss of cognitive function in dogs. Oxidative stress from free radical damage, the growth of brain lesions, and changes in a dog’s oxygen and energy availability are all examples.

“Physiological stress on the body induced by cumulative damage caused by free radicals insufficiently neutralized by antioxidants and believed to be connected with aging,” according to the definition.

The effects of oxidative stress on your dog’s brain can lead to cognitive deterioration. Beta-amyloid deposits form in the brains of aging dogs. Nerve-damaging proteins in the deposits form a “senile” plaque that obstructs the passage of impulses from the brain.

How Canine Dementia is Diagnosed

What you report to your veterinarian, as with many other problems, will be critical in determining a proper diagnosis. This includes information about your dog’s medical history as well as the origin and nature of his symptoms. Make a note of any possible situations that may have resulted in your dog’s current behavior.

Your veterinarian will then do a thorough physical examination to assess your dog’s overall health and cognitive performance. Other tests, such as regular blood tests, ultrasounds, and X-rays, will be performed to rule out any other conditions that could be causing your dog’s behavioral changes. They can then establish an accurate diagnosis of Canine Cognitive Dysfunction.

How to Manage CCD in Dogs

Canine Cognitive Dysfunction, unfortunately, does not have a cure. However, there are a number of things you can do as their companion, in conjunction with your veterinarian, to help them live longer. Once their minds begin to fail, they will require assistance for the rest of their lives, but you can still help them enhance or stabilize their cognitive functions. It won’t cure your dog, but it will help slow down the deterioration process.

Your dog’s veterinarian may recommend medicine. Deprenyl, an oral medicine, is one such treatment (Anipryl). Deprenyl reduces the symptoms of Canine Cognitive Dysfunction while also increasing dopamine levels in your dog’s brain. Some dogs will exhibit a significant improvement as soon as two to three weeks after receiving the medicine, while others will not respond at all.

To help improve your dog’s cognitive performance, your veterinarian may recommend switching to a new, special food. Antioxidants, vitamins E and C, flavonoids, Omega-3 fatty acids, and other nutrients known to improve brain capacity will be abundant in the diet. It’s possible that further supplements will be recommended.

There are various things you can do to help your dog cope with his cognitive impairment in addition to medication and nutrition. Recent research has even indicated that modest physical activity, mental stimulation, and a diet high in antioxidants might help keep your older dog’s mind in good shape. 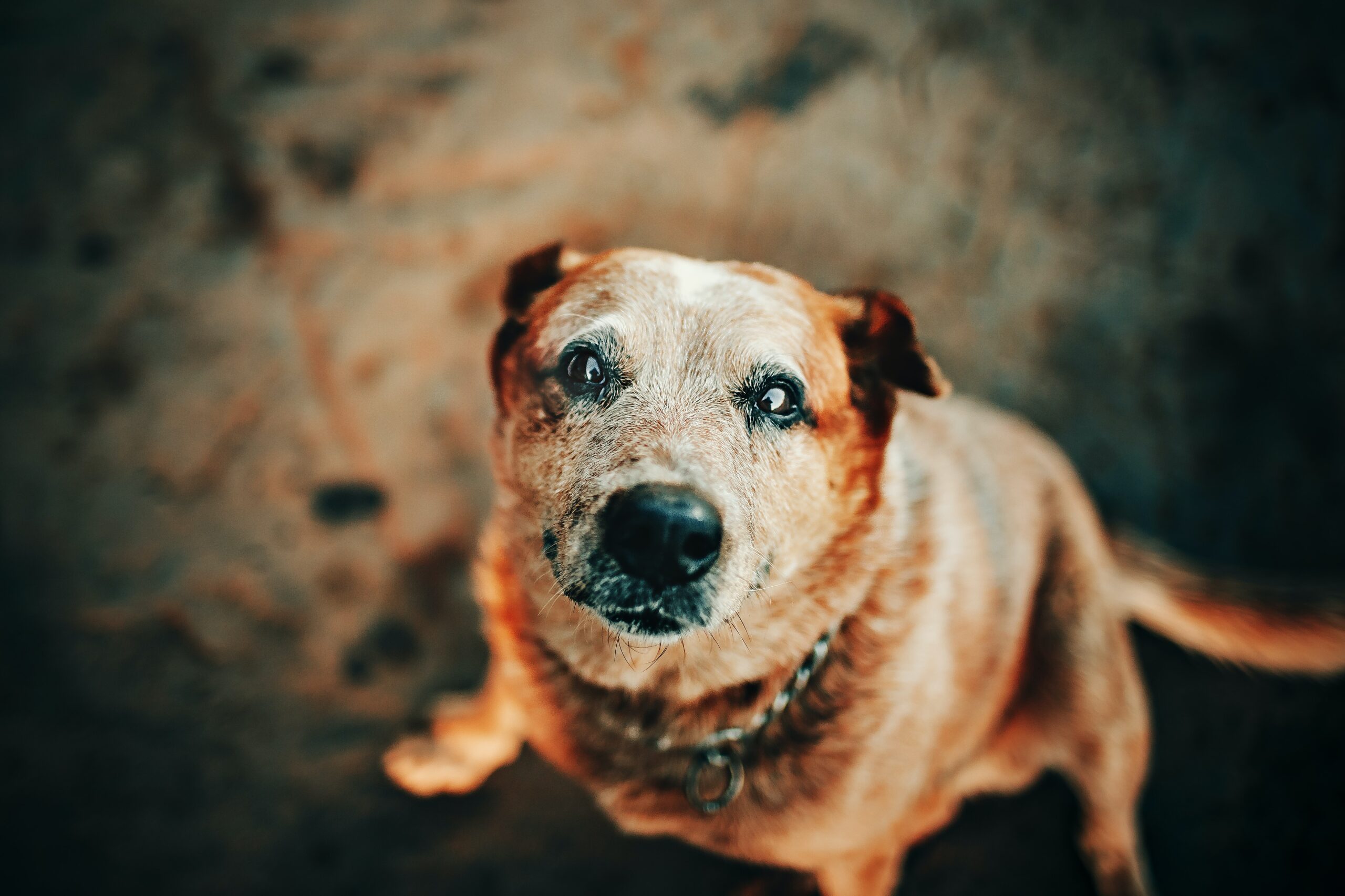 You can use a variety of various tactics in and around your home. To keep your dog’s environment consistent, avoid replacing or even repairing furniture. Also, strive to keep your home clutter-free and create wide passageways. Consider making or getting a ramp for your dog if he or she has trouble navigating stairs.

If you believe your dog is healthy enough, you can promote short play sessions with him. Just be aware of your dog’s boundaries, particularly when introducing new toys. This holds true for new people, animals, and food. Keep your commands short and basic when teaching, and don’t become irritated if they don’t respond.

Dogs with Canine Cognitive Dysfunction frequently show signs of tension, so do everything you can to alleviate your dog’s worry. You can even experiment with relaxing music and aromatherapy. It’s also a good idea to keep your dog on a feeding, walking, and nighttime schedule. This is useful for senior dogs who are confused. Veterinary behaviorists specialize in re-orienting agitated and confused senior pets.

While there’s no cure for CCD, there are things you can do to help your pet manage the symptoms. Using supplements for Canine Cognitive Dysfunction could be helpful. One option is to use cannabidiol (CBD), an active ingredient found in cannabis plants, which has been shown to have anti-inflammatory and neuroprotective effects.

CBD may help reduce anxiety and improve sleep in dogs with CCD, according to a study published in the Journal of Veterinary Behavior: Clinical Applications and Research. Researchers found that administering CBD helped reduce anxiety-related behaviors such as chewing, whimpering, and hiding — although it didn’t improve sleep quality or duration.

Another study published in Frontiers in Pharmacology found that administering CBD could help reduce anxiety-related behaviors and improve memory retention when given along with other types of medication commonly used to treat CCD.

The greatest way to help your dog avoid Canine Cognitive Dysfunction is to feed them a good diet and exercise them regularly throughout their life. Of course, it’s possible that it will happen regardless of what you do, but there are a few tactics you may use to offer your dog the best opportunity.

Early in life, dogs should eat a diet rich in antioxidants. Antioxidants aid in the destruction of free radicals before they affect your dog’s brain. When paired with physical activity, mental stimulation is a powerful weapon. Active dogs will have better cognitive function for longer than those who do not.

Crate training a dog early in his life can help him avoid nighttime wandering later in life. It might sometimes add to the stress, but if he is used to being in the crate, it can be a good option.

Keeping your dog’s oral health in good shape throughout his life will help avoid problems from arising. Canine Cognitive Dysfunction can be caused by anything that happens in the head area. And, regardless of your dog’s age or health, make sure you take him to the vet on a regular basis and monitor any changes in his physical condition or behavior. This will put you in the greatest position to spot any problems early on, giving your dog the best opportunity of living a longer and happier life.

The prognosis for your dog will be determined by how quickly the condition is detected. If your dog’s cognitive function hasn’t degraded too far, he’ll respond better to treatment. Although canine cognitive dysfunction is not usually a life-threatening condition, your dog’s health will deteriorate gradually until you must make the heartbreaking decision to put him down, even if his body is still functional. Maintaining a healthy lifestyle and following a strict treatment plan will help to slow down the deterioration and lengthen the life of your dog. CBD for dogs has a lot of potential health benefits for your pet, especially when it comes to wellness.

Dogs with Cognitive Dysfunction as a Spontaneous Model for Early Alzheimer’s Disease: A Translational Study of Neuropathological and Inflammatory Markers